Dry matter is the total of all solids in fruit, starch, sugars, lipids, pigments, acids, etc. We know farm management practices can influence dry matter accumulation in apples. There are also regional dissimilarities due to weather and soil differences. New findings indicate nocturnal temperature variations can also change dry matter. So how would dry matter accumulation change in the context of warmer global temperatures?

Of all the groups of solids, sugars and starch make up the major part of the dry matter.

Apples accumulate starch until the onset of maturity, after which the starch is converted to sugar, whose content then increases. DM is used as a maturity index, because the parameter increases with maturity, and as post-harvest apple quality.

Farm and crop conditions and management practices can influence DM content in apples. For example, crop load and canopy affect starch accumulation, while summer temperatures can change firmness in ‘McIntosh’ apples at harvest. And night temperatures have also been shown to reduce starch stores in ‘Ambrosia’ apples.

These findings have led to concerns that increases in global temperatures could therefore result in loss of firmness, starch, and quality of other apple varieties too.

Toivonen and Lannard, agrifood scientists from Canada, wanted to find out how increases in night temperatures would influence dry matter accumulation in ‘Royal Gala’ apples. This New Zealand variety is a sport, the result of a natural mutation of a global favorite, the Gala. The sports are selected and propagated to produce new cultivars.

Monitoring Quality Before and After Harvest

Toivonen and Lannard, who published their findings in 2020, used 15 ‘Royal Gala’ apple trees from a commercial orchard in Summerland, Canada, and tracked dry matter changes in two summers of 2016 and 2017. As the fruit matured they also monitored fruit quality, starch clearing, and peel chlorophyll degradation due to internal ethylene production.

The scientists also monitored changes in the quality of apples harvested at commercial maturity, when stored in low-oxygen controlled atmosphere (CA) conditions. To calculate accumulations at high night temperatures, over 15°C, local weather data was used.

The farmer used sprinklers to irrigate the orchards and thinned the crop load to keep 50-80 fruits per tree. Hence the scientists expected to have 400-500 fruits for their experiment from the 8-year-old apple trees at harvest, which usually occurred from August to September.

Close to the harvest date, the scientists began monitoring changes in the peel color of two fruits on the northern and southern sides of the trees, using a DA meter, to determine IAD (Degreening Index) non-destructively. The IAD is an index of light absorbance at 670 nm (by chlorophyll-a) and 720 nm. As apples mature, they lose their green color and turn yellow-red.

The scientists took a new approach to making the IAD measurements. Usually, measurements are made on opposite sides of fruits and then the value is averaged. In this study, the measurements were made on the “transition side” between the side of the fruit that was fully exposed to the sun and the part completely in the shade, to prevent unpredictable variations.

A total of fifteen fruits from the south and north sides were harvested when the average IAD was 0.9, 0.7, 0.5, 0.3, and 0.2. The internal ethylene concentration (IEC), starch clearing index (SCI), IAD, red blush coverage, firmness, soluble solids, titrable acidity, and DM were estimated.

When the average was close to IAD = 0.5, fifty apples were randomly harvested and grouped in fives. Of the ten groups, five were stored for three months and the other five groups (or 25 fruits) were kept for six months. The low oxygen CA storage conditions had an atmosphere of 0.7 kPa O2 and 1.0 kPa CO2, and temperatures of 0.5°C. The IEC, SCI, IAD, red blush coverage, firmness, soluble solids, titrable acidity, and DM were also estimated for these stored fruits. After three and six months the apples were kept for seven days at 20°C to simulate market conditions and the quality parameters were again measured.

The DM content was measured by the Felix F-750 Produce Quality Meter. Felix Instruments Applied Food Science the company producing the near-infrared spectrometer provides starter models and training materials to build specific models for fruits or varieties.  Using these resources, a model was previously developed for 100 genotypes in the Summerland Apple Breeding Program. So the scientists used this NIR spectrometer, customized for the region. The dry matter was measured non-destructively to give precise estimations within seconds. 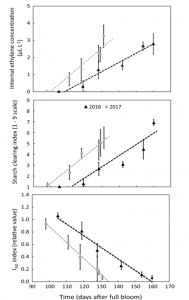 Figure 1. Changes in internal ethylene concentration, starch clearing index, and IAD values (a measure of relative chlorophyll content in the peel) during maturation of ‘Royal Gala’ apples on the tree from one local orchard in Summerland, BC, Canada, for both the 2016 and 2017 growing seasons,” Toivonen & Lannard (2020). (Image credits: https://doi.org/10.1139/cjps-2020-0124)

Changes in the three indices IEC, SCI, and IAD allowed the scientists to monitor the maturity progress. A similar linear trend of change was seen in all three indices, as shown in Figure 1. All the indices showed that maturity onset started earlier in 2017 than 2016.

IEC and IAD values were more closely related than SCI and IAD values. This is because internal ethylene production is more related to changes in peel color than starch clearing. The SCI index, which is used along with the Cornell Starch Chart shows the parts of the fruit flesh which are starch-free and do not get colored by the iodine test.

In 2016, the apples had 4% more DM content, that is 30% more dry matter than in 2017, due to lower night temperatures leading to a delay in maturation. 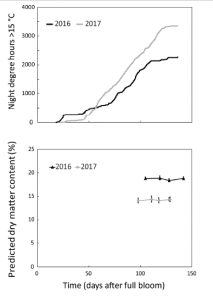 An intricate linkage of plant physiology explains the role of night temperatures in DM accumulation. Fruits act as sinks for the photosynthates produced in sources or leaves by photosynthesis. Simultaneously, the leaves are also respiring; they account for 80% of the tree respiration and use the carbon they fix. Previous studies have shown that nighttime respiration uses 40-50% of the photosynthates.

Since night temperatures were lower in 2016 than in 2017, there was less loss due to respiration. In 2016, leaves were able to send more dry matter to sinks or fruits, most of which were in the form of starch. With more starch in fruits, the time for converting them to sugars or (starch clearing) was longer, therefore the maturation date of the apples in 2016 was delayed. 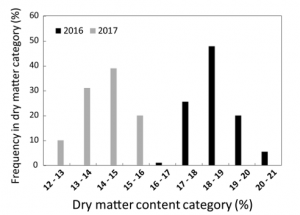 When the scientists categorized the apples in the two years according to their DM content, there was no overlap, as shown in Figure 3. Apples from 2016 had 16-17% DM and more, while 2017 apples had 15-16% or less DM content.

The delay in maturation was accompanied by a delay in the loss of firmness and titratable acidity in 2016 apples compared to the 2017 apples and it’s related to the DM content, see Figure 3. However, changes in soluble solids were not closely linked with DM, except for a slow increase in 2016, which is related to the lower starch clearing index, see Table 1.

The higher red blush in the 2016 apples is also related to DM content than position on the tree as similar thinning practices were adopted in both years. The lower day temperatures (below 17°C), which have produced rosier ‘Ambrosia’ apples, were also ruled out, as there were longer periods of cool temperatures in 2017 (121 hours) than in 2016 (42 hours). 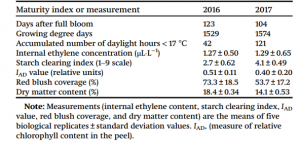 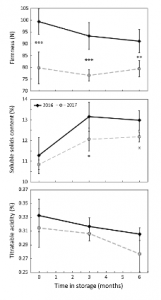 The amount of DM continued to influence firmness trends post-harvest. Even after being stored in low-oxygen CA conditions for six months. The difference in firmness between the apples of the two seasons was retained, with the 2016 ‘Royal Gala’ apples remaining firmer. Similarly, titrable acidity differences were maintained, though in both years there was a steeper fall after three months, see Figure 4.

The lack of differences in soluble solids levels between 2016 and 2017 apples at harvest was maintained initially, but after six months, the 2016 apples were significantly sweeter having 1% more soluble solids, see Figure 4.

Apples from both years, thus, retained the quality they had at harvest, even six months after cold storage.

The scientists were able to show that higher temperatures at night can lower dry matter accumulation in ‘Royal Gala’ apples. Cooler nights produce a higher DM content, which resulted in a 20 days delay in maturation of the crop and onset of ripening; there was also an accompanying improvement in firmness, soluble solids, and titrable acidity content when the DM is higher. Hence climate change emerges as a possible significant external factor that must be considered while trying to improve fruit quality. 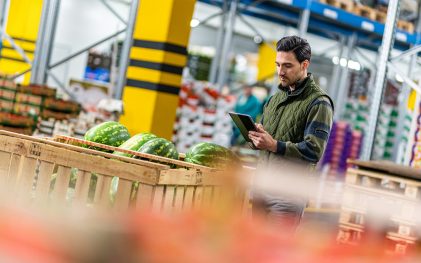 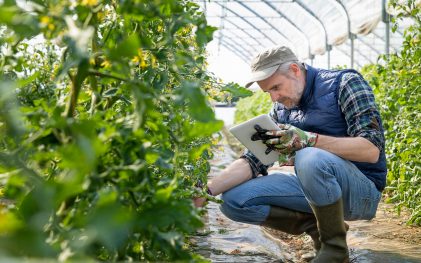 The 5 Most Important Parameters in Produce Quality Control 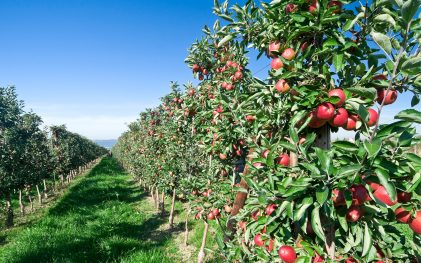 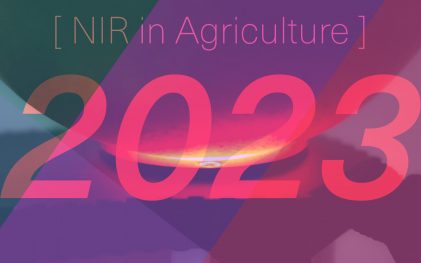 NIR Applications in Agriculture – Everything You Need to Know for 2023