Ethylene gas is produced due to stress, as it is a signaling molecule involved in stress response by plants. Hence, scientists use ethylene measurements as one of the standard procedures to monitor stress effects in crops. A team of Japanese scientists who tried to find an environmentally friendly and low-cost solution by using this approach succeeded in reducing heat stress in tomato seedlings.

Tomato is ubiquitous in regions throughout the world. This common vegetable is valued as much for its taste, as it is for the long list of nutrients it provides, such as vitamin C, carotenoids, amino acids, polyphenols, etc. In Southeast Asian countries, a lack of this important vegetable has been linked to infant mortality and abortion rates. Hence, making this vegetable available year-round at an affordable price is vital.

Heat stress is a major factor negatively affecting the crop’s productivity in Asia. To find a low-cost and eco-friendly means of protecting the crop from heat, a group of researchers turned to molecules that are involved in biochemical signaling during the stress response.

Agronomists, Terada, Sanada, Gemma, and Koshio, picked trans-2-Hexenal. This C6 carbonyl compound is natural, produced in plants from linolenic and linolenic acid, and known to be involved in stress response in plants. The scientists used ethylene measurements to find out how effective trans-2-hexenal is in reducing heat stress in tomatoes.

Ethylene as an Indicator of Heat Stress

It is well known that ethylene gas is produced by plants in response to both biotic and abiotic stress.

The agricultural scientists used the tomato variety “Micro tom.” They germinated the seeds, transferred them to a greenhouse, and grew the seedlings in hydroponics for six weeks.

At the start of the experiment, the seedlings were placed in a desiccator and given pretreatments of 0.001, 0.010, 0.100, 1.000, and 10.000 ppm trans-2-hexenal vapor for one hour; untreated seedlings were used as control. Then, the treatment seedlings were incubated for ninety minutes at 48°C, after which the plant data was collected.

For the ethylene measurement, the heat-exposed seedlings were moved to a 2 L chamber maintained also at 48°C. The time-dependent production of ethylene caused by heat stress was measured using the F-900 Portable Ethylene Analyzer. The device was used to take ethylene measurements once every twenty minutes for three hours. This in situ method has replaced complex laboratory techniques like gas chromatography because it is easy and precise. The ethylene analyzer, which has a lower detection level of 0.04 ppm, is manufactured by Felix Instruments Applied Food Science.

Stomatal conductance and leaf temperature were measured with a leaf porometer after heat treatment for two hours. Other heat effects, like electrolyte leakage and malondialdehyde levels, were also estimated by laboratory methods.

The pretreatment with trans-2-hexenal vapor was effective; however, its reaction was concentration-dependent. Even a visual test demonstrated this, as shown in Figure 1.

Seedlings treated with 0.001 and 0.010 ppm trans-2-hexenal vapor showed no wilting, compared to the control (0 ppm) plants. On the other hand, the most wilting was seen in plants given high concentrations of 1 ppm and 10 ppm vapor.

A similar trend was observed in the other tests, as well. Heat stress resulted in ethylene gas production in all the treatments. The highest ethylene measurements were seen in tomato seedlings treated with 1 and 10 ppm of vapor, and they differed significantly from the control, as shown in Figure 2. The highest levels of ethylene production, which is also involved in heat stress signalling, were seen in the worst effected plants. The plants treated with 0.001 and 0.010 ppm trans-2-hexenal vapor produced less ethylene than the control, even though the difference was not statistically significant. The significantly lower leaf conductance in tomato seedlings treated with 10 ppm of trans-2-hexenal vapor was further indication that these plants were suffering from stress. Plants affected by heat will close their stomata to avoid losing internal water vapor. In contrast, mirroring the visual tests, plants treated with 0.001 and 0.010 ppm trans-2-hexenal vapor had higher leaf conductance.

Malondialdehyde, which is produced by peroxidation of phospholipids and causes cell membrane damage due to heat stress, was also the lowest in 0.001 and 0.010 ppm treated tomatoes and the highest in 1 and 10 ppm seedlings when compared to the control. As a result, electrolyte leakage, which occurs due to cell membrane damage, was significantly lower in 0.001 or 0.010 ppm treated seedlings than in the control but the highest in 10 ppm.

However, there was no difference in leaf temperatures in any plants.

Hence, the scientists concluded that pretreating seedlings with 0.001 and 0.010 ppm
trans-2-hexenal vapor can help tomatoes tolerate heat stress effects by improving leaf conductance and lowering ethylene, MDA, and electrolyte production in comparison to control. However, using higher concentrations of the vapor can be deleterious and exacerbate the heat stress effects for the seedlings.

Moreover, reducing ethylene gas in greenhouses can have additional benefits for plant growth.

The agricultural scientists were able to find a low-cost, eco-friendly means to reduce heat stress effects in tomatoes. A substantial portion of tomatoes is grown in greenhouses, where heat can build up fast. The conventional method to decrease heat is through air control measures, which need energy and have high installation and operational costs. A simple pretreatment with a natural substance, used in small concentrations, can help farmers cut their expenses and carbon footprint. This also means they can improve crop health and produce tomatoes sustainably, even in places where conventional methods are not feasible. 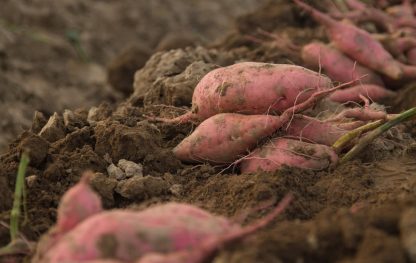 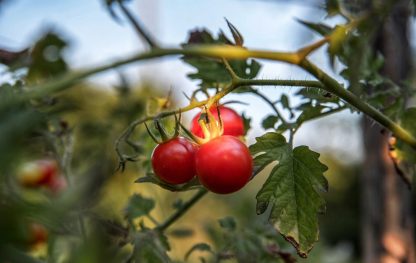 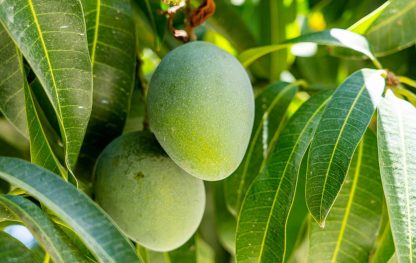